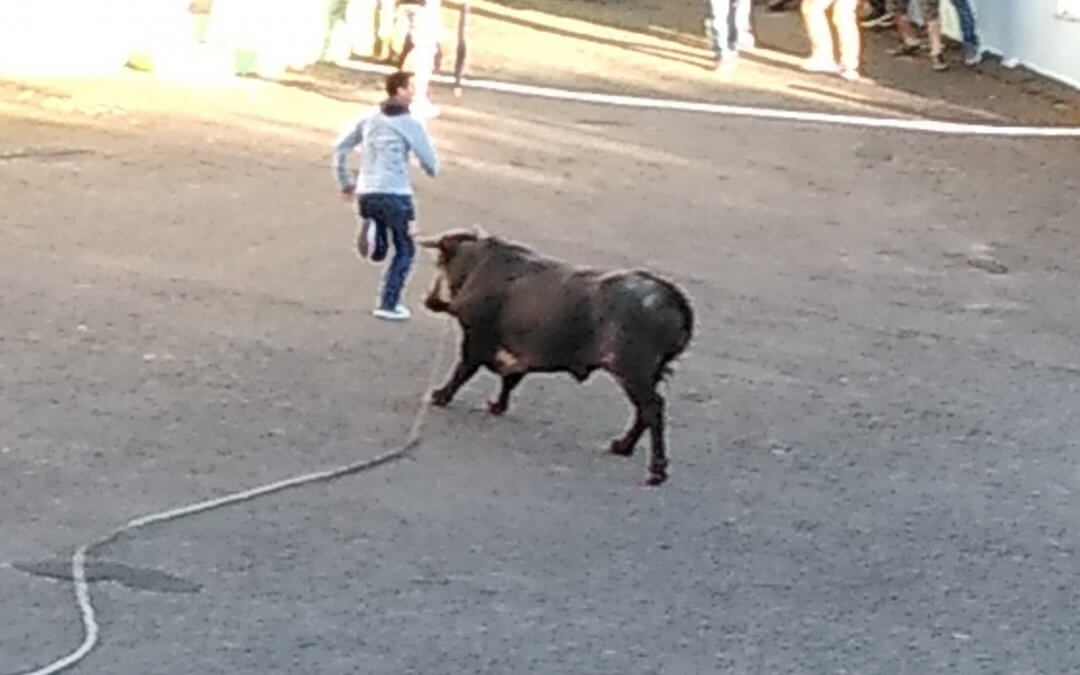 Terceira, along with only a couple of the other smaller islands of the Azores, has a unique bullfighting tradition. No swords. Generally no blood. Lots of spectacle, with an intention to do no harm, have fun and keep everyone safe. A very old and beloved tradition.

From May thru October, they take it to the streets all over the island. Four bulls are trucked to the chosen street location. There may be 4 or more of these happening on the island on any night during the season. A crowd gathers, safely behind walls and the lines drawn on the streets. There’s food trucks and beer. Women hang colorful quilts from their balconies, to help set the scene.

It takes some doing to get brass tips fastened on the bull’s horns, and a rope secured around his neck such that the rope is secure but won’t tighten up on him. About a dozen men, who change into traditional white shirts and black hats, hold on to the ends of the rope, in opposite directions, to give the bull plenty of room to move on the street, but to be able to pull him back if he goes too far, and to guide him back into his “bull box” when his time is done.

The bull will charge his taunters, who are agile enough to jump walls to escape. He paws the ground, bucks, and tries hard to make contact with the people who catch his attention. Silly tourists and drunks are the most likely, if anyone is, to get hurt. The white shirted men allow some foolishness, especially to keep a sense of danger in the air, but ultimately, they’re aiming for safety.

When the bull stops being exciting, he gets guided back to his box. And then they prepare the next one. Four bulls = about 3-4 hours of spectacle. 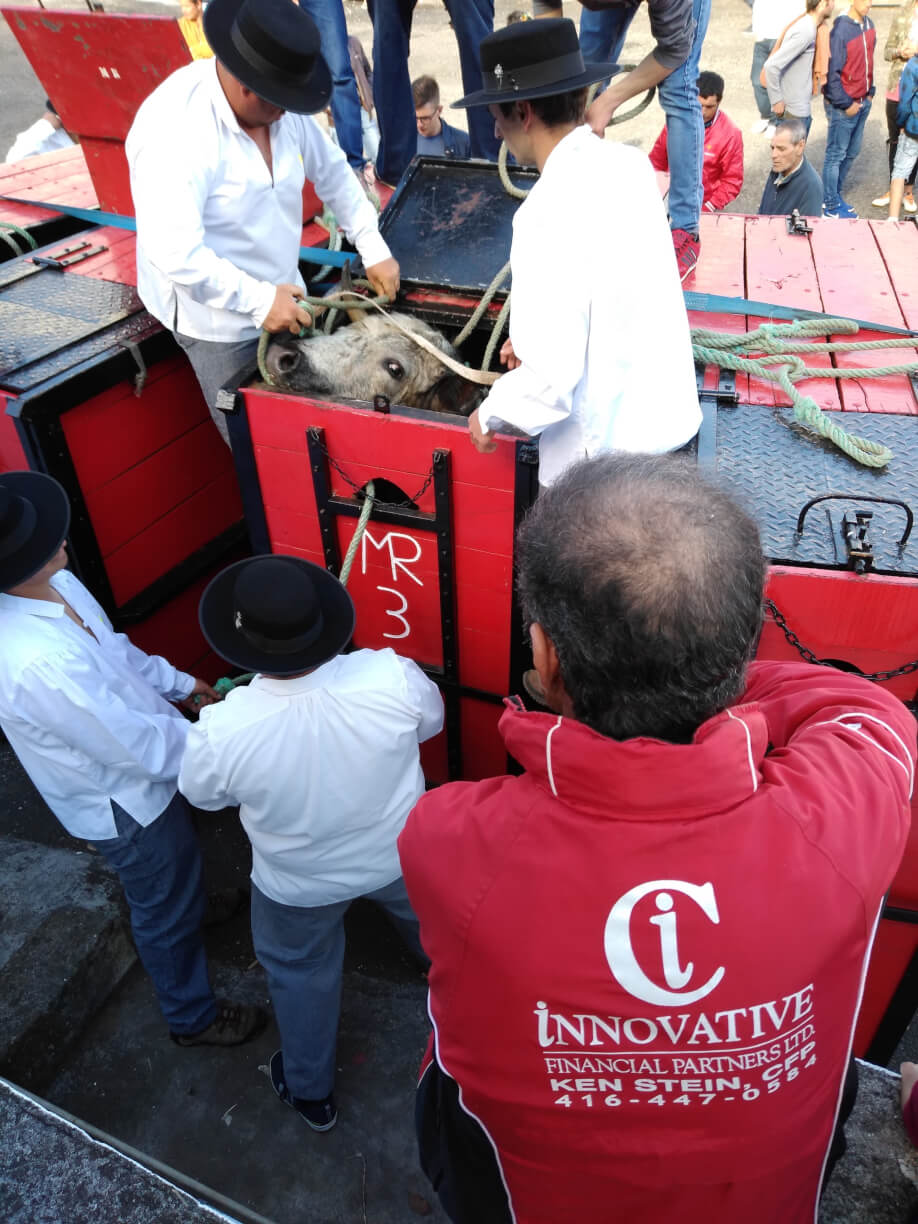 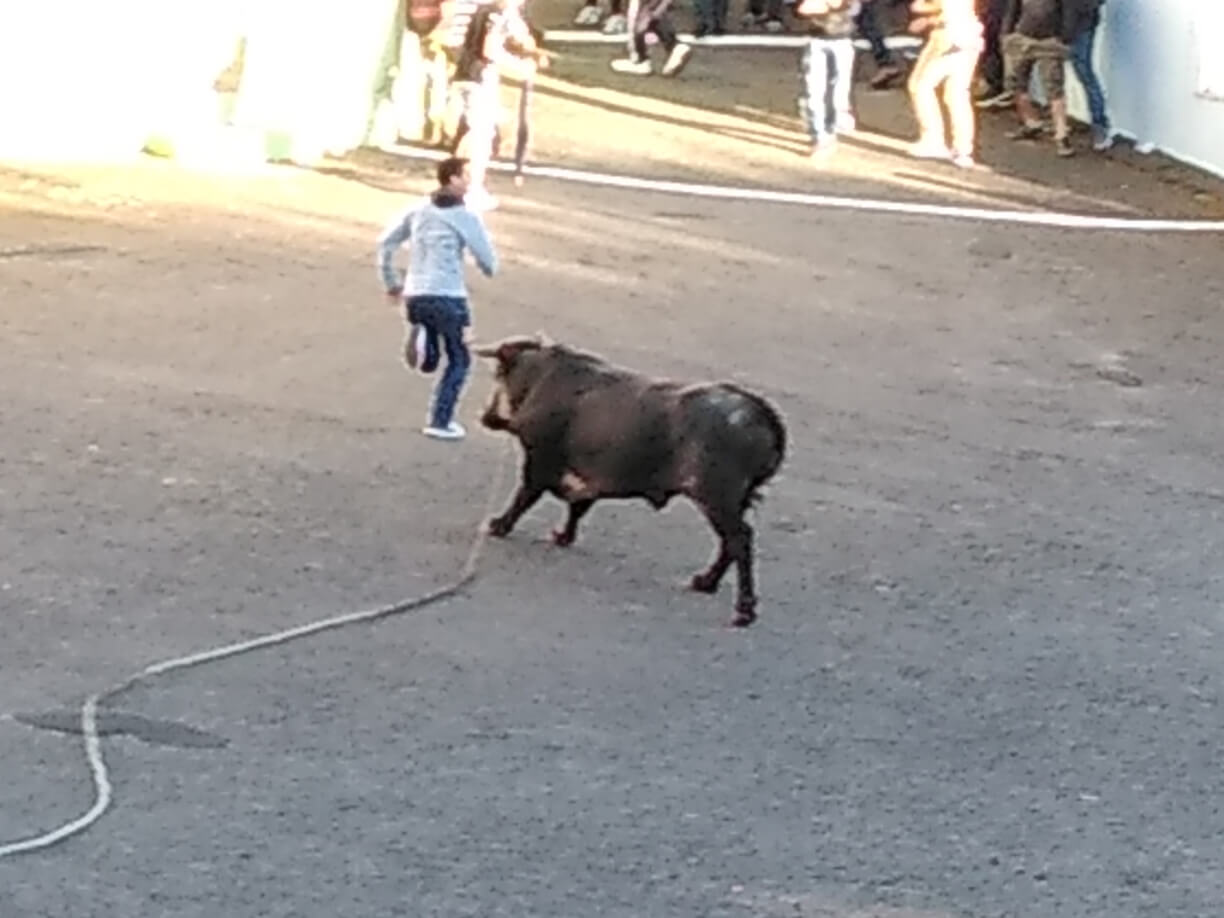 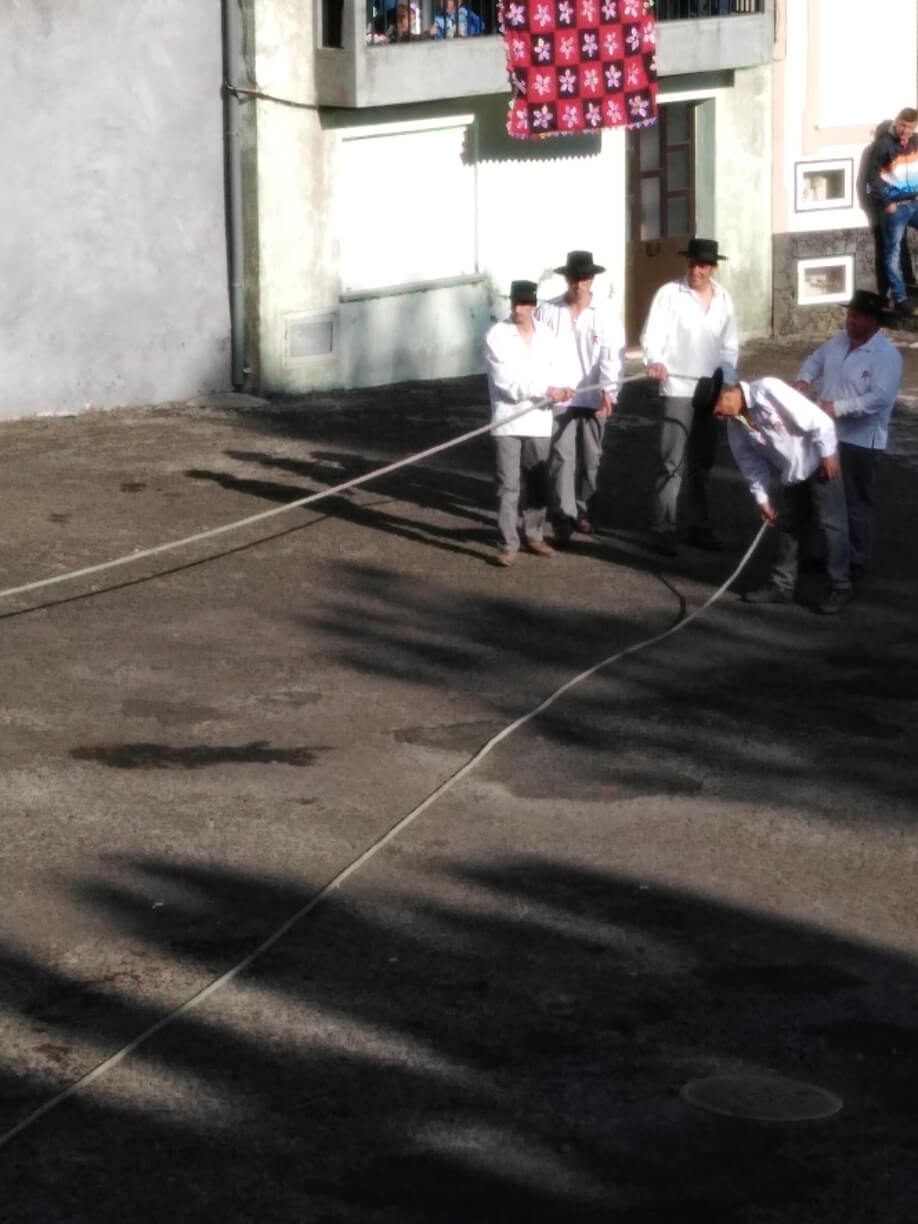