Can You Swim In The Azores? 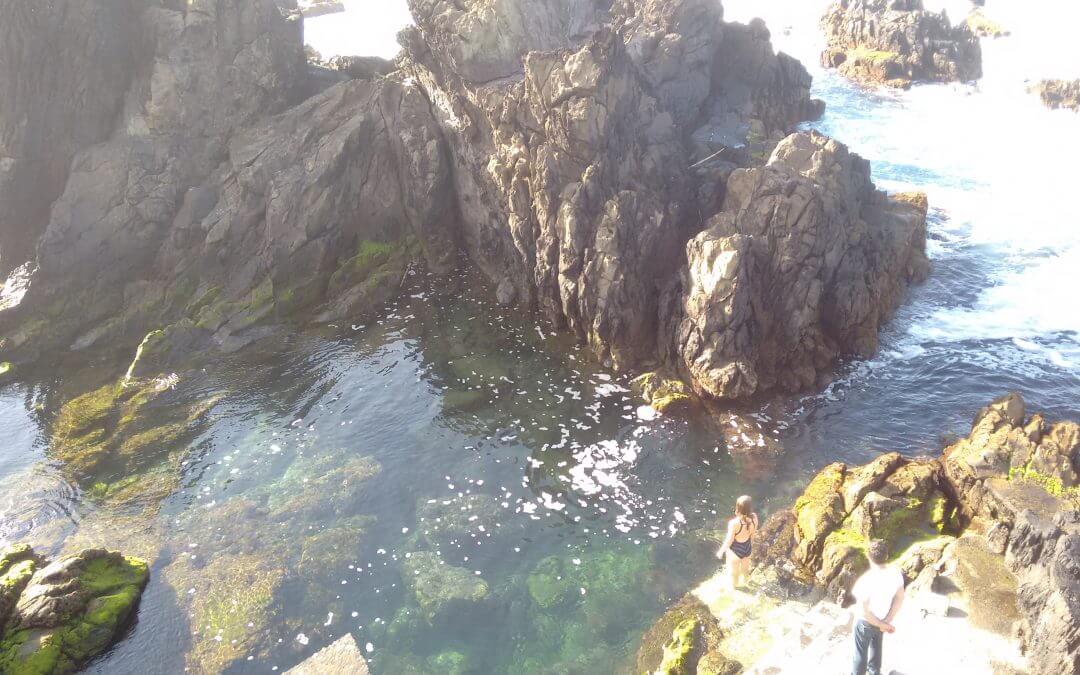 Almost every parish also has a Zona da Balnear – very special places to swim, sun and dawdle by the water. The two cities, Angra and Praia, have beautiful sandy beaches, with such clear water that you can watch fish when you walk out on the breakwaters. Much of the rest of the shore of Terceira has sharp volcanic rock and steep cliffs.

With a large touch of whimsy, the Terceirans have created beautiful bathing pools with stone walls, steps, areas of smoothed concrete, and railings to help getting up and down the cliffs, and in and out of the water.

During the season, there are restrooms and places for changing, even an outside shower in many instances. Each place has its own character. They are all wonderful!

Biscoitos may be among the most populous on a warm day; enough so that there are vendors selling snacks and gifts there year-round.

There’s plenty of parking, the access road is not quite as scarily steep as some others, and there’s quite a lot of room among the many pools and sunning areas.

Porto Martins is the closest to a combination of swimming pool with plenty of steps in and diving off places, a small sandy beach and a nice “L” shape to slow down the big waves coming in from the open ocean. In addition, there’s a long promenade of walking path along the waterfront, plenty of parking and one of the island’s favorite restaurants: Buzios. 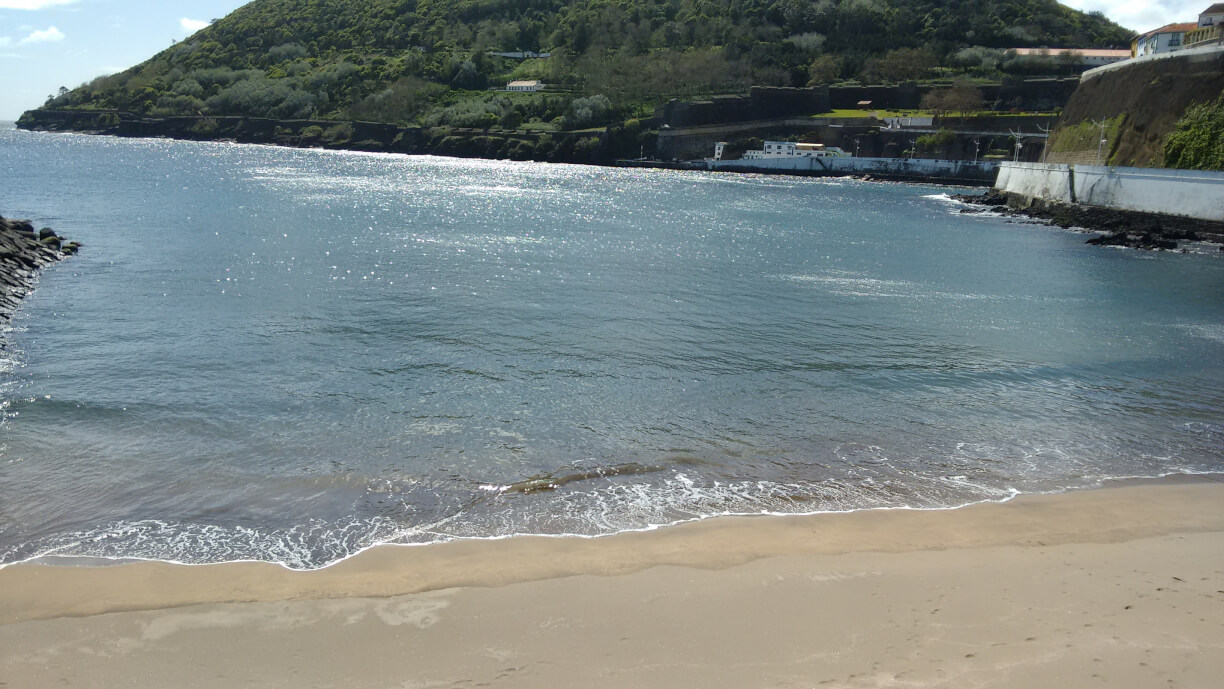 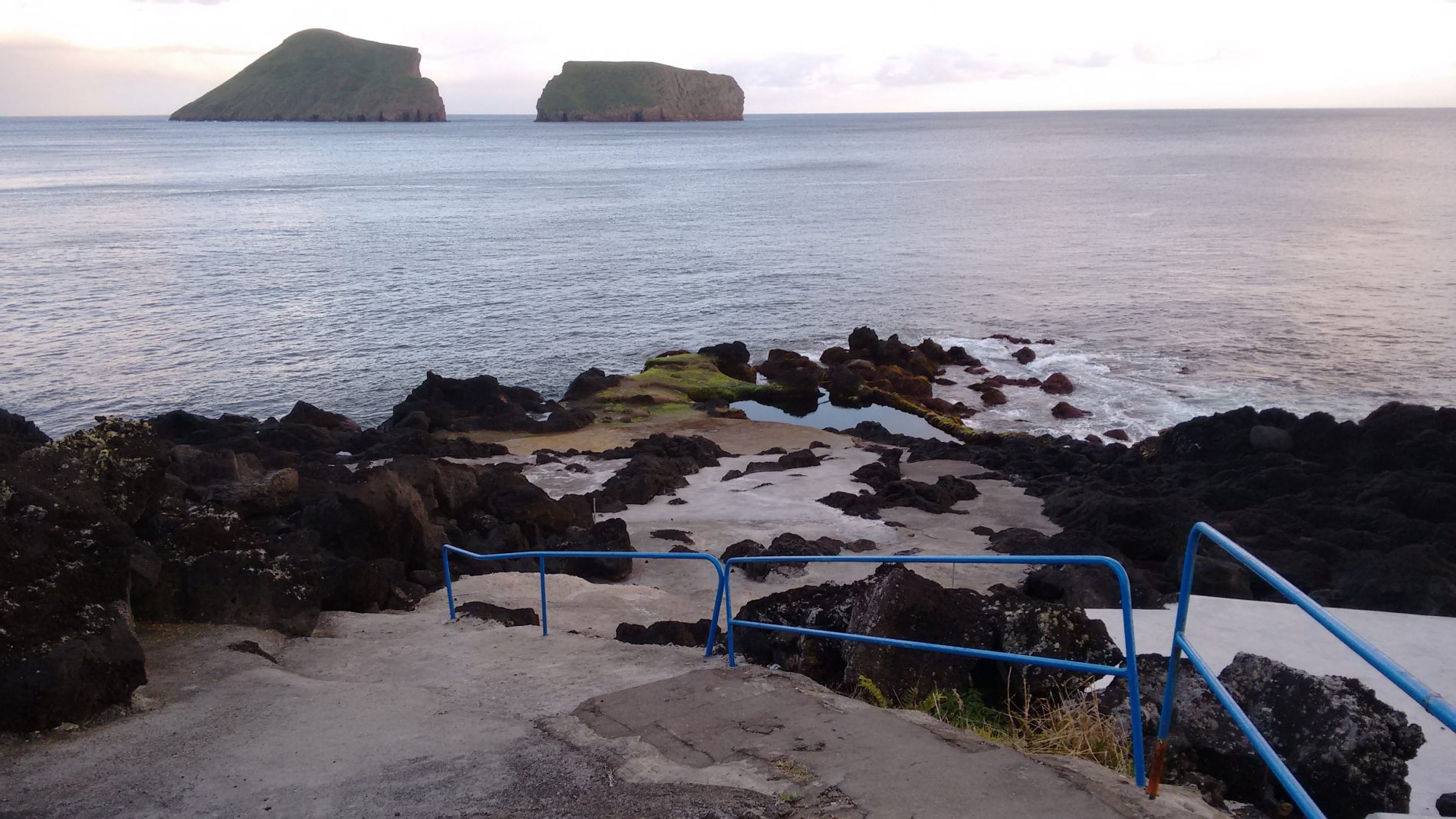 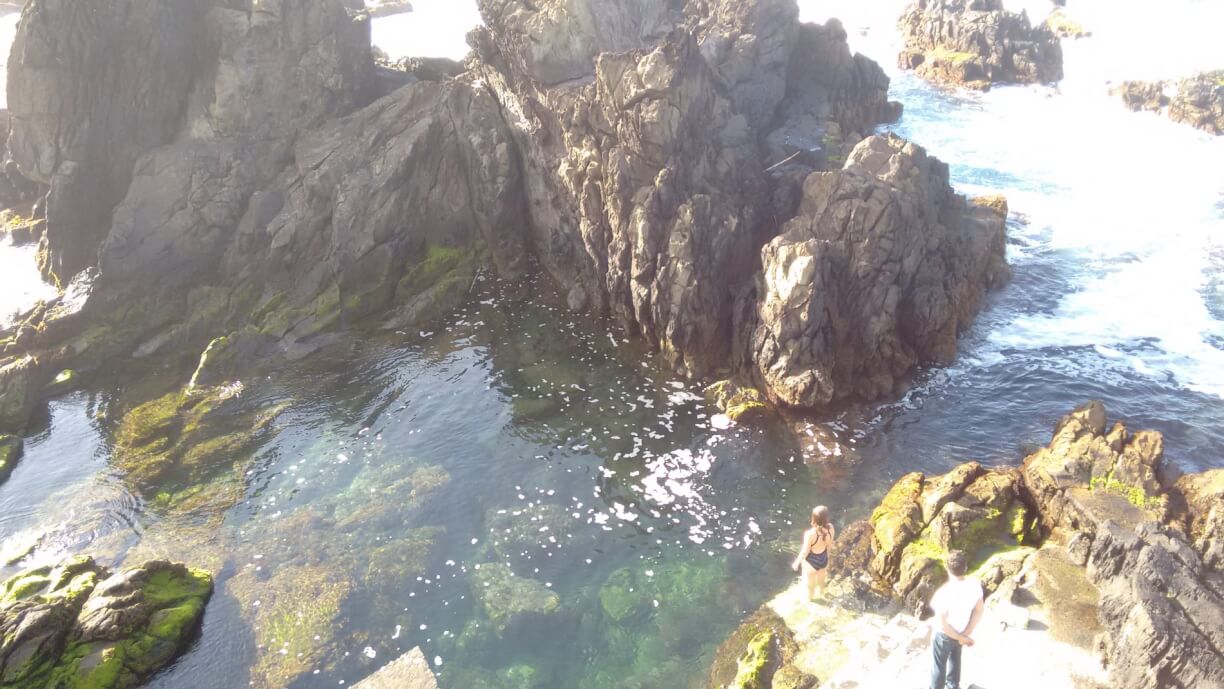 Quatro Ribeiros is our favorite, winning our trophy for whimsy. The drive down to the parking area is  “amusement park worthy”.

With its old mill site, steps up and down steep turrets of sharp rock, and private shelves for sunning above little pools, it provides an other-worldly experience. This is a wonderful place to come watch waves crash, sending up spray like fireworks.

As we said, virtually every parish has created their own bathing place, with some, like Sâo Mateus, and Doze Ribeiros, being combined with impressive parks. It’s taking us years to check them all out!